Digging for outhouses, playing in mud

SHERYL DECIDED TO double the size of the garden since it was such a big hit last year. So yesterday we had her nephew, Evan, come over and help dig it out. 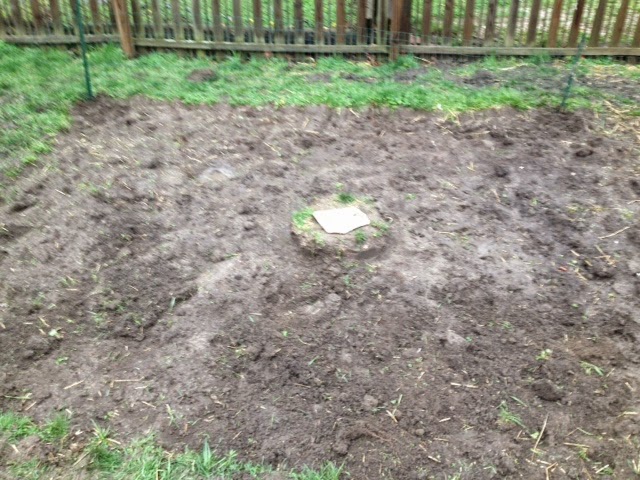 Now we can't move. But more on that in a minute.

We discovered what we believe is the old backyard outhouse hole. It was about six inches under the ground. It's a solid concrete "cap" that is about 2 foot in diameter, and it's not going anywhere, so we are planting around it. Our house was constructed in the 1880s so we assume it had an outhouse at one time. We have already figured out the old cistern is under our firepit. We love this old house.

The other really fun thing was watching Evan's son, Braiden, 6. Little boys are born to play in mud and dirt and Braiden got good and filthy rolling, digging and stomping in the clean stuff. His main job was to find worms in the big clumps of sod and make sure they got back into the garden. Braiden learned about the cycle of life, how worms help the garden and why worms are not yucky.

Sheryl cleaned him up and washed his clothes before he left. He got to wear a pair of her shorts tied around his waist while his clothes were in the wash and didn't really care how goofy they looked on him.

Then there's the dogs and tracking the clean dirt and mud into the house, but I'm going to let that go. I probably brought just as much in. Sheryl says we will clean it up later. Much, much later. 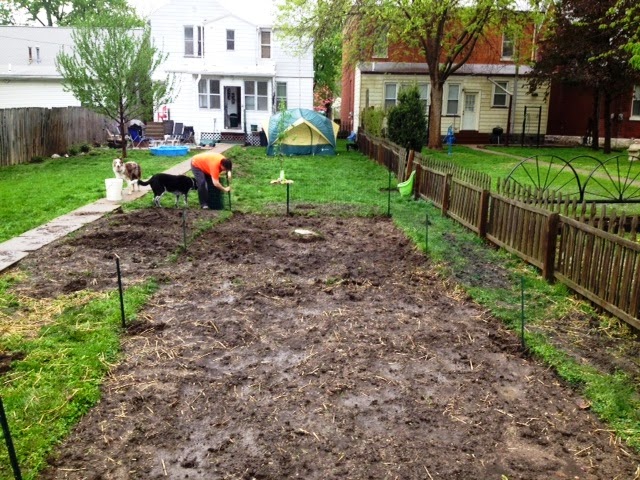 Last week we cleaned out the storage space by the basement stairs and I found a vibrating chair liner. This thing is pure gold - it has four separate controls from the butt to the neck, and it heats up. I woke up this morning and Sheryl was passed out on it and in heaven. Then I tried it and had trouble getting up from the chair, even after being attacked by a muddy Angus The Young.

We're gonna need the chair liner this week. Today we are sore, tomorrow we'll really be in trouble. It's the nature of getting older, I guess.

The garden is going to really rock this summer. Sheryl even managed to keep a few green pepper plants alive over the winter, and the garden will soon be filled with tomatoes, radishes, lettuce, green beans, cucumbers, melons ... all kinds of good stuff.

It will be worth a few days of hobbling!