A stage in Washington Park

WE NEED TO get a discussion going about putting a stage, or portable stage extension, in front of the gazebo in Washington Park.

The gazebo itself is very nice. For an event like Blues In The District, the main issue is the columns blocking views and the fact it's way up in the air and away from the many people who come to see the band. 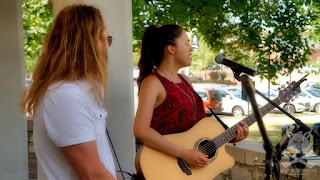 We use it every year for the MidSummer Arts Faire. It's fine, because most of the acts are acoustic and up at the front.

But then you have groups like the Irish Rag Tag band and the Dixie Dads. They were awesome as expected, but they were back a bit on the gazebo because of the numbers. There is a ledge all around the gazebo, which keeps you from falling out but keeps the audience from seeing you, as well.

In this case, because many groups are playing back to back, it's better to have a stage. 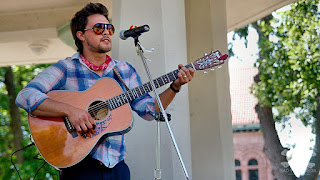 Has there been any thought about building a stage extension in the front of the gazebo? There is a lot of room. It could even be portable and made to set up and tear down with minimal effort. The Quincy Park District would have to be in on a it, and I'd hate to add another financial burden to another government entity, but it could be done.

Just an idea. Washington Park is an ideal place for music, theater, the performing arts in general. A better stage would make our thriving performing arts scene even better.
Posted by Rodney Hart at 10:21 AM