THIS IS HOW we come up with our crazy ideas at Second String Music.

Alex Sanders was here Thursday and said, "You guys ought to grill up cheeseburgers in honor of the big day." Sheryl said, "No thanks." But I put it on Facebook, and we were encouraged to pursue the idea.

So Frank Haxel, ever in the wrong place at the wrong time, is going to get the grill and we are making Cheeseburger Sliders at Fifth and Maine this afternoon. Why? To celebrate the big day, of course. And because we can.

Alex played in a great band called the Texas Funerals. We are not celebrating National Texas Funerals Day, unless it pertains to the band and the band only. Alex agrees, too.

Everybody is invited. I bought a bunch of stuff but supplies are not endless. Sheryl also made bacon but I'm not sure she will share. Stone Soup, anyone?

Uh, wait a second. Everybody is invited but our (NOT) friends, the Outside People. Apparently a local TV station reporter wandered into Washington Park the other day and interviewed them about their political views and the Republican debates. I haven't seen it and never will, but the unintentional hilarity, along with the incredible irony, is off the chart. Sheryl asked, "Aren't they Democrats?" 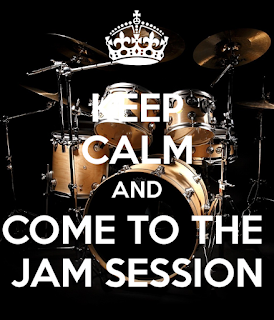 We simply can't have that kind of politically-charged atmosphere across the street. Sorry, Outside People. No cheeseburgers for you.

But everybody else is invited! Food will be served from 1 pm to 6 p.m. and the fridge will be open. Happy Cheeseburger Day!

OH, and since we will be eating and partying.... We will be having a Jam Session too.  #NationalCheeseburgerDay
Posted by Rodney Hart at 10:12 AM