Don't have to be loud

THERE WAS A young man in the store Saturday trying out a 40-watt Cube amp. He didn't have it turned up very loud - but it was still plenty loud.

We let him mess around for a while, and he seemed to be perplexed about how to work the amp. The kid could play - Metallica, Zeppelin and even a Joe Walsh lick - but he had little regard for the volume. 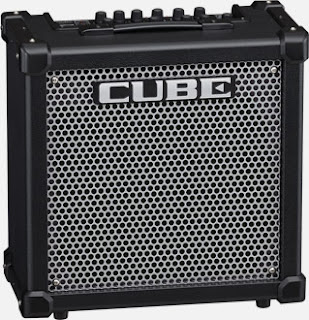 His mother was looking on with a patient and weary look. Finally I approached him, complimented him on his playing, and showed him how to switch channels and get different tones.

"Well, I don't like echo or reverb. It's cheesy," he said. You gotta love the inadvertent compliment, but that was besides the point. We had a talk about volume, and that's when I got the "I'm 17 years old and you aren't" eye roll.

His mother didn't say much, but I think she appreciated somebody telling her son it isn't about turning it up as loud as you can and blasting everybody out of the room.

When I was younger, that's what it was all about, and I have the ringing in my ears today to prove it. I used to tick my parents off all the time by cranking up my cheap boom box and cranking out Who's Next. I vaguely remember even going into the basement so I could keep the volume up and the complaints down.

So I understand it. I won't preach to anybody. But I'll tell anybody that hearing is a precious thing, and if you want to get better at guitar, you don't have to blister your ear drums. In fact, turning it down will help you hear the little things a lot better and work on your technique.

The mom bought the amp for her son. He was smiling from ear to ear when he left. So was mom when she found out the Cubes have a headphone jack.

Wanna crank it up to 11 and rock till you drop? I hear you. Sort of.