I'VE KNOWN RAY Weast at R&R Golf for a long time. He's a legend around here - famous for his one-liners and working the scorer's tables at various basketball gyms around the area. I could tell you a story about Ray hugging a tree during a Gus Macker tournament one year, but we need to get to the point.

I was at R&R Golf last week picking up a few supplies. When he rang me up, he took out a sales receipt notepad and wrote everything down.

"I just keep track of it better this way," he said. 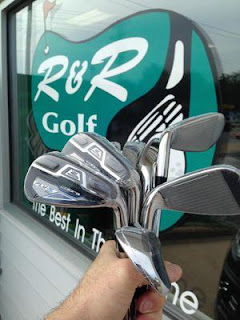 We live in a world of computers and life made easy with automation. So it struck me that Ray simply thinks it's easier and better for him to do it the old fashioned way. We use QuickBooks here at Second String Music and it's relatively straightforward, but sometimes it's hard for me to find the items because Sheryl handles the transactions most of the time.

Last night I tried to log in at The Whig when I went to help out in sports. They just switched to a new online timeclock system. Me and another guy couldn't get in. It was explained to us this morning we weren't on the right company (apparently there are a few), and now I feel like an idiot. On the one hand, this could have been explained better, but on the other, I should have figured it out.

I miss the old days, when I put down my hours on a piece of paper. I know it's easier, and saves trees, and makes the world go round faster. Blah blah blah.

But there's something to be said for paper and pen, and a simpler way of doing things.
Posted by Rodney Hart at 1:35 PM