Not guilty, and a big story in a little town

I USUALLY WATCH the CBS morning news. I like Charlie Rose. The other two networks are more concerned about the latest celebrity in rehab or who won the talent show last night. CBS actually has news and interesting guests.

This morning, out of the blue, they had a promo for Saturday night's 48 Hours show. It's about Curtis Lovelace and his two trials. If you want unbiased and fair opinion, stop reading. I  knew Curtis and wrote stories quoting him when I worked at The Whig. I taught his son guitar lessons. And I played at his wedding to Christine, a genuinely nice person who didn't deserve to go through this. 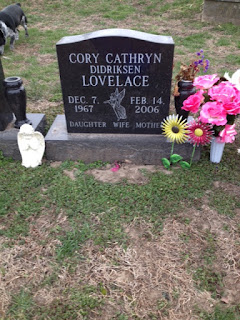 I was a witness at both trials. The first time I was on the stand for three minutes. I saw Curtis the day his first wife died, at the state's attorney's office. He said, "Happy Valentine's Day to me, huh." I never forgot it and I thought it was odd at the time.

I told several people about it, including my boss at the paper, State's Attorney Jon Barnard and several Quincy Police officers. But over time, the story faded. The death was labeled undetermined. I was always curious about it, but there was nothing there. It was like a ton of stories floating around when I was a reporter.

I got along well with Curtis and I liked him. He seemed to move on. He didn't have a lot of criminal cases when he was at the state's attorney's office, but the ones he did prosecute, he was competent and always ready to talk. Same thing when he was on the school board.

After he was arrested, I was interviewed by a QPD detective. Prosecutor Ed Parkinson called me and said he wanted me to testify, even though I knew very little and my brief interaction with Curtis was just that - brief. It didn't determine his guilty or innocence. But it's a common tactic for prosecutors, called setting the table. He wanted to show the jury how Curtis was acting that day.

I testified two weeks ago in Springfield in the second trial. I didn't want to be there. I got a piece of paper from a man wearing a badge and was "commanded" to testify. It's called a subpoena. You don't have a choice in the matter. So I went.

I was on the stand for about six minutes. Curtis' defense attorney, an absolute shark who has represented some, uh, interesting clients, was aggressive. He asked me if I knew why I had to drive 106 miles to testify. He asked me what I'd say if I found my wife dead. And he asked me why I was "judging his client."

I wasn't judging anybody. The attorney, like most good defense attorneys, was putting words in my mouth. "I'm not," was my terse reply. And that was that. I could tell you more about the encounter I had with him in the elevator a few minutes later, but I'll save it for when you see me in person, if you want to know.

I'm not surprised Curtis was found not guilty. It came down to the pathologists and lack of evidence. Curtis didn't hurt himself when he testified. And putting his second wife on the stand was a huge mistake, in my opinion.

You can watch the 48 Hours episode Saturday night at 8. I'm not interested in seeing it. I tried watching the original broadcast and made it about four minutes before turning it off.

It's certainly given Quincy notoriety. This CBS blog from the first trial was well done and complimentary.

The only thing for sure is that we are glad it's over.