Don’t leave your keys in the car

THERE WAS A misleading WGEM story this week story about car thefts. The station stated that Quincy “residents” are claiming the Quincy Police Department told them they don’t have the resources to investigate car thefts.

First, the story only quoted one person making the claim. I know this person. I like her. But she later admitted her claim wasn’t entirely accurate. People used to call me with wild accusations all the time, and I would always do homework before jumping in too deep. 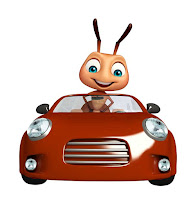 One other person was interviewed. She made no claims about QPD. She was upset her vehicle was stolen from her driveway. I don’t blame her.

Look. A dirt ball is a dirt ball. And I don’t know the specifics of the case. But let this be a friendly reminder to lock your car doors and take your keys with you. I'm not even sure why that has to be told to anyone.

KHQA had a story this morning of a similar nature, and quoted a Keokuk police officer telling people to take “the extra step” of not leaving keys in the car. Really? Are people that lazy?

Sheryl’s nephew is living with us. He warms up his car every morning before going to work, while he is inside the house. He will come out one morning to find it gone,  and I won’t feel a bit sorry for him.

Email ThisBlogThis!Share to TwitterShare to FacebookShare to Pinterest
Labels: car theft, take out your keys, We Back The Blue
Location: 100 N 5th St, Quincy, IL 62301, USA