THE ATTACK IN New York Tuesday was a terrible thing. I don't even want to know about the POS who did this, but I understand we have to learn more and be vigilant.

The mayor of New York City was on the news this morning, and one of his main points was to encourage citizens to report "suspicious" activity. Just what constitutes "suspicious" is up to interpretation. I certainly understand what the mayor means, and it's the age we live in - his point is that alerting authorities can save lives, and we shouldn't worry if it turns out to be nothing.

Quincy and New York couldn't be more different. I see "suspicious" people lurking around all the time, in my neighborhood, in Washington Park, everywhere. I don't call the cops if somebody looks a little shady, though I won't hesitate if it's obvious something is wrong. 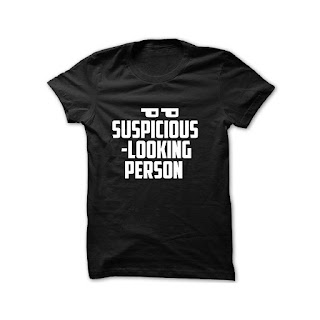 This morning I drove to the cemetery to walk the dogs, and as I was heading up Fifth Street just south of Jefferson, a guy was walking north on the sidewalk. He looked .... suspicious. He appeared to be yelling and talking into his hand. The dogs got riled up (a sure sign something could be amiss) but I kept driving.

Should I have stopped and asked if the guy was OK? Should I have immediately pulled over and called the cops?

We were walking in the cemetery on the northern loop and I looked down to the street, and sure enough, a Quincy Police officer was out talking to the guy. I watched for a while, but it didn't appear to be too serious and the "suspicious" person was cooperating. So I kept walking.

In the end, it makes me feel grateful for living in Quincy. In New York City, a guy rents a truck and runs down innocent civilians, and we wonder why we didn't do something before it happened.

In Quincy, a guy is talking to his hands, and it's just another day in the Hood.