SHERYL AND I celebrated the new year by passing out two hours before the ball dropped, spending most of Monday on our respective couches, and going to the new Star Wars movie. Here's a recap of the film, and there are more spoilers than that 6-month-old jug of milk buried in the back of your fridge, so read on at your own risk if you are one of two people in this country who hasn't seen it yet.

The theater was pretty empty and really loud. It's run by AMC, which stands for Audibly Mashing Crashing, because the volume shook the seats. Fortunately, the 20 minutes of previews got our ears used to the deafening sound. I don't remember a single preview and won't go watch a single one of the movies, but hey, my ears got used to the blaring sound so it was worth it.

The Last Jedi starts with an intense battle scene. The rebels try to bomb the bad guys. They destroy a really big gun (cleverly called "A Really Big Gun") but a lot of the good guys die. Princess Leia gets mad at the flyboy who led the raid. Then she gets knocked unconscious for about 45 minutes, which in movie time is three days. Or six hours, until the rebel fleet runs out of gas.

Meanwhile, Rey is visiting Luke Skywalker, who is living on a big rock island in rock huts (also known as a far away place in the galaxy called "Ireland"). Chewbacca is shamed into not eating cute creatures called Cute Creatures. Kylo Ren eventually turns on Supreme Leader Snoke, who was last seen as one of the aliens in Close Encounters of a Third Kind and did not age well. Then Kylo turns into a good guy, but quickly back into a bad guy, which means the World Wrestling Federation is recruiting him for the main event at this year's WrestleMania.

In the end, Luke Skywalker holograms his way into buying more time for his rebel friends. Then, predictably, he dies or does he? Not like the last movie, where everybody dies, but still, it's a sad time and now who is going to take care of his big rock home? The really cute creatures?

Also, the Heineken beer guy turns on Finn and gets away with a huge shipment of beer from the First Order, or the Empire, or whatever the bad guys are called now.

At the end of a movie, we are introduced to a little boy who is wearing a Spider Man code encryption ring, which means he has The Force. Right. 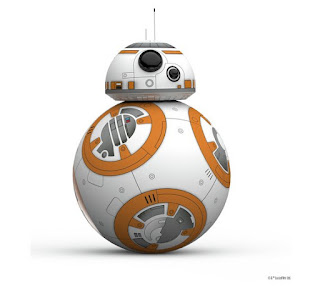 I like the movie. I'm a big Star Wars fan. I'm still upset Han Solo was killed several movies ago, but I'll get over it. And now Carrie Fisher is dead, so there is no way Princess Leia will be around for next year's movie. Right? "Nobody really dies in Star Wars," Sheryl said. That's true, because Yoda makes an appearance in this movie, too.

Then again, where was Lando Calrissian?

There's a lot of stuff to keep track of, and it's a long movie, but it was entertaining and I highly recommend you go see it. Again. And Again. Hey, over Christmas the original movies were on and I got sucked into watching them.

By this time next year, I'll be ready for the next Star Wars movie.
Posted by Rodney Hart at 11:06 AM