BIG NEWS AT Fifth and Maine! Electric Fountain Brewing is moving from its Sixth Street location and is temporarily moving in Sunday to 503 Maine, part of our Second String Music building. They are occupying the space behind our main floor and containing the original Mercantile Bank vault.

At this point, we are hopeful they will be open later this week. There's some health department logistics and other things they need to take care of, but they've moved most of their stuff in and done a lot of work in the space, and it's way cool. 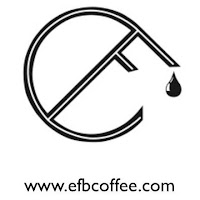 We think it's the perfect location for owner Ryan Christian and his crew. It's smaller but has a ton of charm and history, and it's move-in ready. Although temporary, while they renovate a permanent location, we will enjoy having them here.

Getting someone in there forced us to reorganize a bit and clean out a bunch of boxes and junk we'd been storing back there. Four trips to the recycle center later, it's empty. Steve Rees brought his dolly and we removed the Boyd Music display from the large window, and now we are using it on the floor for strings.

So we have a new tenant, the space is getting cleaned and there's even more life at Fifth and Maine. Check EFB's Facebook page for progress and hours. It's gonna be tough firing up the Keurig when their amazing pour-over coffee is literally on the other side of the wall!
Posted by SheyFey at 11:44 AM