IT'S NOT OFTEN you get to see two of Quincy's best bands on the same night, back to back, in downtown venues. It's happening Friday and you should check it out! 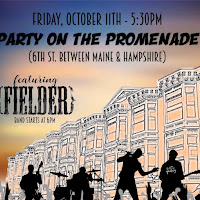 Fielder is reforming to play at the Party on the Promenade on 6th Street at 6 p.m. It's also the grand opening of the Quincy Brewing Company. The owners have put a ton of sweat and money into the space and from the outside it looks amazing. Guess we'll have to suck it up Friday and try a few of their beers. You know, as downtown Quincy people. It's our duty!

Fielder is the lone band left over from the heyday of Quincy original music, which flourished some 15 to 20 years ago. Fielder only plays every now and then, so it will be nice to see Logan and the boys get back together and jam. They had an impromptu show on Sixth Street a few months ago and it sounded great. 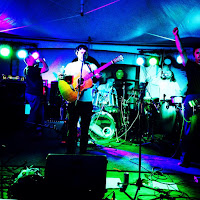 At 9 p.m. Blake Gardner & The Farmers start tearing it up at Revelry, two short blocks west of 6th. Blake is one of my favorites, a jammy and trippy guitar player who comes up with great songs and is all about having a good time. Blake played last Summer for Q-Fest and absolutely killed it with his keyboard player. I'm assuming a former Funions bass player will be jamming with the band too .... Go get 'em Zac Bentley!

Top-notch local entertainment, no cover, a new brewery opening, and rockin' at Revelry ... Saturday morning might come a little early!