HANNIBAL BAND NOWAKE wants to make another CD. So the band is using Kickstarter to raise funds. The hard-rocking foursome is following up last year's CD, Getaway. 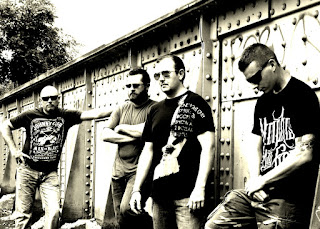 First of all, you have to respect guys who pursue their own music, and want to get it professionally recorded. It isn't cheap - the band estimates it will cost $2,000 to make the CD. A local band doesn't make nearly enough from CD sales or shows to cover costs. It's a labor of love and it takes passion and dedication to pursue original music projects.

Kickstarter is a very interesting way to raise funds online. The company says since it launched six years ago, 9.2 million people have pledged nearly $2 billion to fund 90,000 creative projects. There are rules, but the artists control the project and get backers involved.

Best of luck to the Nowake guys. We encourage you to support local musicians pursue their dreams. As always, rock on!